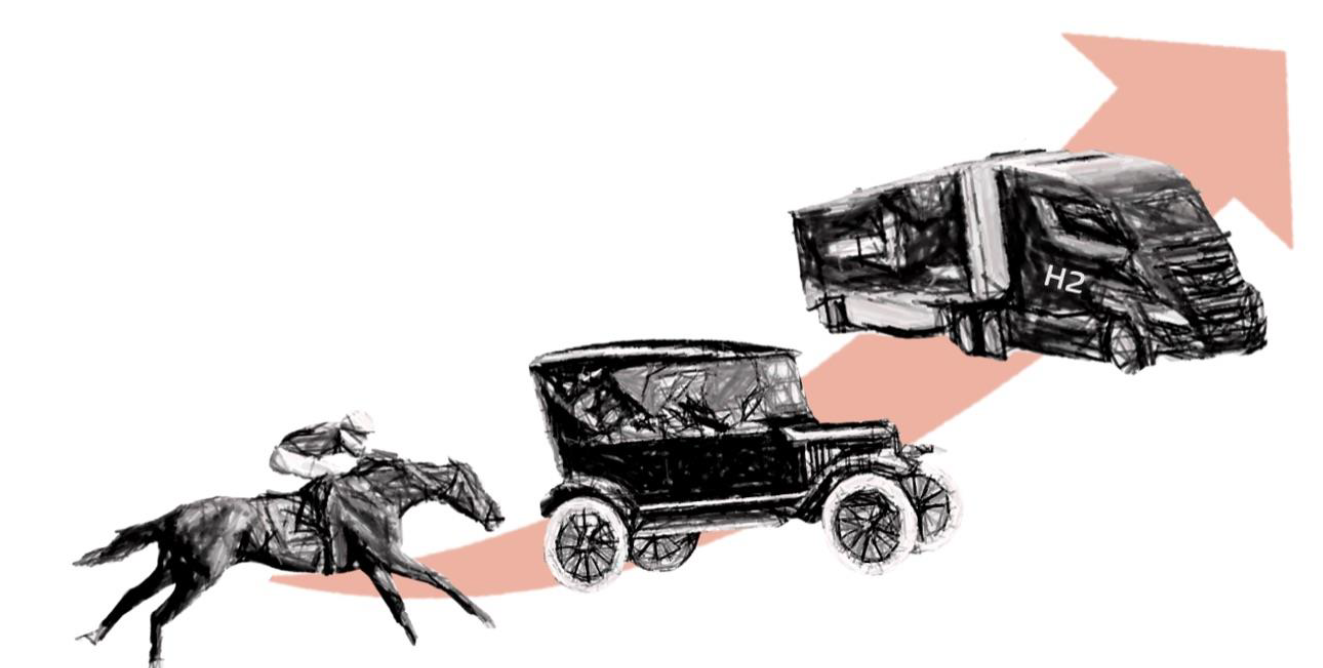 Legend has it that when Henry Ford was asked if he developed the Model T in response to customer demands, he famously responded: “If I had asked people what they wanted, they would have said faster horses.” This quote has been used for 100 years as a metaphor to describe the paradox between what customers perceive that they want based on their own life experiences vs. what could be possible based on current science and technology. Today’s energy transformation is caught in a similar paradox. The “faster horses” offered by cheap natural gas and oil need to be replaced with technology that can minimize greenhouse gas emissions and mitigate climate change. Many people think that current wind, solar, and battery technologies can answer the call, but challenges persist with respect to performance and cost.

Manufacturing innovations such as the assembly line enabled Ford to make the Model T at prices that were affordable for the average American and led to Ford selling about 2/3 of all the cars built in the U.S. in 1921. However, by 1927, Ford’s share of U.S. sales fell to approximately 15% as Ford failed to respond to changes in market preferences (e.g. colors other than black) and competitor innovations. The evolution of today’s renewable energy system is following a path that resembles the Model T and will face similar challenges if key constraints are not addressed. The latest versions of wind energy, solar energy, and electric vehicles are being implemented at increasing rates due to recent innovations and cost reductions. Over the last decade, prices for wind energy capacity have fallen 70% and solar photovoltaic capacity prices have fallen 89% and now cost less than an equivalent capacity unit of fossil fuel or nuclear energy. The U.S. Energy Information Administration (EIA) predicts solar and wind energy will dominate America’s new generation in 2020, making up 76% of new capacity while coal and natural gas will dominate facility retirements with 85% of plant closures.

Many policy makers, anxious to find carbon free sources of energy, have enthusiastically embraced the recent advances in wind/solar/battery technologies. A vast array of policy and financial incentives have been implemented globally to encourage production and deployment of these technologies. While these trends offer hope for achieving much needed greenhouse gas reductions, they have also created additional challenges to existing energy systems. Intermittency continues to be a big problem because of daily and seasonal limitations associated with the availability of sunlight and wind. This grid stability provided by natural gas, coal, and nuclear power compensates for the less reliable renewable power sources and actually enables their deployment. In some cases (e.g. California), deployment of renewables has happened so quickly that grid stability has been disrupted and blackouts have resulted. The power grid promises to be further challenged in the future by the growth of the electric vehicle market and the increases in power required for charging.

At least 32 utilities are currently aiming to be carbon-free or achieve net-zero emissions by 2050 and 68% of customer accounts in the U.S. are now served by utilities with a carbon or emission reduction goal. In order for wind and solar power to fully replace fossil fuel and nuclear plants, wind and solar systems would need to be constructed with several times the capacity of the more dependable sources. Considerable energy storage capacity would also be required to store surplus power generated during periods of high wind and solar availability, then release the power to the grid during times when they are less productive.

Lithium ion battery technology has been successfully applied to limited grid applications such as short-term (a few hours) substitution for peaking power plants (usually powered by natural gas) that are used sporadically to address unusually high-power demand when prices are high. However, implementation of batteries at the scale required for grid stability is not close to being economically feasible. MIT estimates that $2.5 trillion in investment would be required to provide adequate battery storage to ensure U.S. grid stability.

Battery technology is also the predominant source of energy storage in battery electric vehicles (BEVs). BEV sales currently comprise about 2.6% of global car sales but are increasing rapidly, registering a 40% increase in 2019. However, BEV performance continues to lag behind conventional vehicles powered by fossil fuels in a number of aspects. They tend to be costly (battery packs cost about 1/3 the total cost of the vehicle), heavy, and usually have lower resale value. BEVs also have limited range, require extensive charging time, and deliver lower performance during cold weather. Additionally, spent batteries often generate considerable waste at the end of their useful life because very little of the materials are recycled.

Better battery technologies will certainly emerge in the years to come. However, improvements will likely be incremental because the required advances in chemistry, physics, and material science do not usually occur at the same rates as say… advances in information technology. As a recent analysis by MIT points out: “Countless breakthroughs have been announced over the last decade, time and time again these advances have failed to translate into commercial batteries with anything like the promised improvements in cost and energy storage.”

Hydrogen has the potential to play a vital role in meeting the energy storage needs required to slash CO2 emissions. It is the most plentiful element in the universe and its capability as an effective energy carrier has been well understood for decades. In fact, George W. Bush speculated in his 2003 State of the Union address that “the first car driven by a child born today could be powered by hydrogen, and pollution-free”. Significant planning and investment took place in the early 2000’s but hydrogen technologies failed to deliver satisfactory performance and financial returns. However, technology developers have continued to work to address shortfalls and considerable progress has been made. Technologies that produce, store, transport and utilize hydrogen have now advanced to a point where hydrogen is emerging as a near-term option for applications in grid storage, transportation, metals refining, and heat for buildings and industrial applications.

Hydrogen can be produced, stored, transported and used without toxic pollution or CO2 emissions. It burns clean when mixed with oxygen from the atmosphere and can be used as a source of heat or to power an internal combustion engine. Hydrogen can also be fed into a fuel cell device that converts hydrogen’s chemical energy into electricity. In either case, the only emission produced is water vapor. Fuel cells can produce electricity continuously for as long as hydrogen and oxygen are supplied. When hydrogen fuel cells are used to power an electric motor, the system is more than twice as efficient as conventional internal combustion engines.

Hydrogen rarely exists in isolation but is amassed in enormous quantities in water, hydrocarbons, and biomass. Efficient extraction of hydrogen from these compounds is critical for wide scale deployment. Currently, about 95% of hydrogen is produced by splitting it from natural gas through a process called steam reforming. Hydrogen produced in this manner is referred to as “gray” and is generally not considered an effective climate solution because it gives off CO2 as a byproduct. However, it is possible to capture and sequester the CO2 to produce “blue” hydrogen at an additional cost of about 30%. The oil and gas sector, in particular Shell, BP, and Repsol, are interested in the blue hydrogen approach because it could help preserve the value of their natural gas assets.

Fuel Cell Electric Vehicles (FCEVs) are becoming increasingly popular in the transportation sector, particularly in large scale applications with high utilization rates such as busing, trucking, rail and maritime. FCEVs are powered by electric drive trains similar to BEVs with the primary difference being that FCEVs store energy primarily in tanks filled with hydrogen instead of large, heavy, battery packs. The much lighter weight associated with hydrogen fuel storage offers considerable advantages as vehicles, payloads and journeys are scaled up. Additionally, FCEVs offer much faster fueling (similar to conventional vehicles), superior range, and better cold weather performance than BEVs. Many product developers also see considerable opportunities for future innovation that can improve performance and reduce costs associated with FCEV production and use.

Despite its many advantages, hydrogen still faces a variety of challenges that prevent widescale deployment, such as a lack of infrastructure for fueling, production, transportation, and storage. Large scale storage requires massive tanks made from special materials or injection into geologic resources such as caverns or saline aquifers. Hydrogen fuel tanks on vehicles store the fuel at very high pressure and the fuel is expensive. Gray hydrogen made from fossil fuels currently costs between $0.9-3.2/kg to produce whereas green hydrogen can cost around $3.0-7.5/kg (cost is heavily dependent on electricity costs). For comparison purposes, a kg of hydrogen contains about the same amount of energy as a gallon of gasoline. However, a large portion of the higher cost can be offset by the fact that FCEV drive trains are more than twice as efficient and require less maintenance than internal combustion drive trains. Additionally, recent analyses performed MIT and Wood Mackenzie predict that the cost of green hydrogen will decline by 30% by 2030.

Globally, multiple countries are now engaged in aggressive hydrogen deployment strategies. For example, Japan, sees hydrogen as a way to reduce costly energy imports and plans to have 800,000 FCEVs on the road by 2030. The Chinese Government plans to have 5,000 hydrogen vehicles on its roads by 2020, 50,000 by 2025 and 1 million vehicles fueled at 1,000 stations by 2030. In July of 2020, the EU announced plans for a “EU Green Deal” to facilitate economic recovery from the coronavirus crisis. Their plans include investment in renewable hydrogen infrastructure in the range of $210 billion-$550 billion by 2050. Goldman Sachs predicts the European green hydrogen market will grow to $2.5 trillion per year by 2050. Bank of America estimates total global hydrogen-related infrastructure investment of $11 trillion through 2050.

In the U.S. California leads the way in both hydrogen infrastructure and FCEV deployment with about 8,500 vehicles and 42 fueling stations with 15 fueling stations under development. By 2025, California plans to have 47,000 hydrogen vehicles on the road served by 200 hydrogen fueling stations. The rest of the U.S. has committed very few resources to hydrogen transportation. Startup semi-truck manufacturer, Nikola, plans to deploy hundreds of fueling stations across major U.S. interstates by 2030 and is collaborating with competitors such as Toyota, Hyundai, and Daimler to standardize components. NextEra Energy is planning a $65 million pilot in Florida that will produce 100% green hydrogen from solar power by 2023. Forbes estimates that hydrogen could become a $130B U.S. Industry By 2050 if governments can plan and collaborate effectively with the private sector. A Midwest Hydrogen Partnership has been formed to expand the U.S. market beyond California by addressing the challenges, barriers, and opportunities that can enable a prosperous hydrogen economy in the Midwest.

Henry Ford’s Model T provided a disruptive innovation to the transportation sector, but the car’s impact was short lived as it was soon replaced by better options. While the Model T did not have staying power, the assembly line innovations that produced it have transformed industrial production forever. Similar to the assembly line, hydrogen technologies offer the potential to change the way we produce, store, and use energy forever by enabling more widespread use of carbon free energy sources. The only true obstacle that can prevent this disruption from happening is the strength of our collective will.

Dr. Tim Lindsey is a Senior Advisor to the University of Illinois Smart Energy Design Assistance Center and CEO of Highlander Innovation Inc. 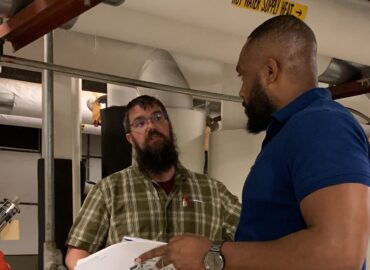 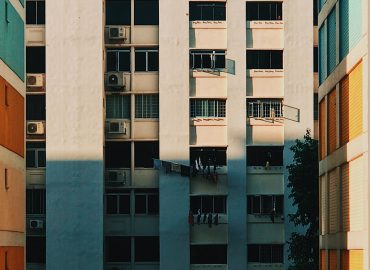 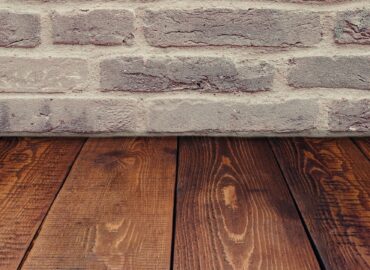